To share your memory on the wall of William Driscoll, sign in using one of the following options:


Bill was “a City Hall fixture” since the 1970's and had a long career, beginning as a community organizer at Harbel Community Center. He mentored many people along the way, and supported city- and state-wide candidates and causes, including through his Victory Democrats Club with great friends Jim Kavanagh, Fred Brocolinno, Jody Landers and Frank Lidinsky. The club was noted for its annual Super Bowl Sunday Bull Roast, Halloween Dance, Awards Breakfast, Candidates’ Night, and Election Day poll coverage. Billy welcomed all into the club – the powerful and the powerless.

He loved elections – putting up lawn signs, canvassing neighborhoods, and putting out an army of workers on election day to cover the polling locations. While campaigning, he would meet people who needed help and he would always follow-up, forming lifelong bonds and friendships. The City Paper dubbed him the “Kingpin” and credited him with galvanizing the under 35 vote in Northeast Baltimore, which was a challenge to the older established political machines. He himself ran for the House of Delegates in 1986 with the support of enthusiastic family and friends.


He continued service to his hometown as a Baltimore City Hall staffer and chief of staff to City Council President (later Mayor) Bernard Jack Young, retiring in 2015. It's been said he was one of the most hardworking and creative workers in city government. He himself always said work smarter not harder!


Bill could not walk down a street in Baltimore - and even beyond Maryland state lines! - without someone calling out his name. His kind, gentle, optimistic, non-judgmental and giving nature made him a friend and helpmate to many and disparate people, all of whom enriched his life in turn. He was a nurturing role model of a father, showing his daughters unconditional love, and imbuing them with civic responsibility and pride. He savored life, love, family, friends, pets, the ocean, spinning tales, singing and music, and travel and art. He will be dearly missed.


The family will greet relatives and friends at Saint Dominic Church, 5309 Harford Rd, Baltimore, MD 21214 from 3-4pm Saturday, May 22, 2021. Please join us afterward for a memorial service celebrating Bill’s life, at Accelerator Space, 417 Benninghaus Rd, Baltimore, MD 21212. Face masks are required. Memorial contributions may be made to The Helping Up Mission in Baltimore and IndependentVoterProject.org.
Read Less

To send flowers to the family or plant a tree in memory of William M. "Bill" Driscoll, please visit our Heartfelt Sympathies Store.

Receive notifications about information and event scheduling for William

We encourage you to share your most beloved memories of William here, so that the family and other loved ones can always see it. You can upload cherished photographs, or share your favorite stories, and can even comment on those shared by others. 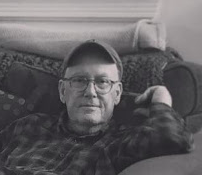